Vivien Thomson AFSM FARLF has been a rural firefighter for over 32 years. Her experience is extensive, she has worked as an Incident Controller and Operations Officer at quite a few major events, including in the ACT in 2003.

She held several critical positions including being the Senior Deputy Captain and Captain of a brigade and President of the ACT Fire Controllers Group.

She achieved the highest honour possible, the Australian Fire Service Medal, which she received in 2004 for distinguished service, to the ACT Rural Fire Service, as both a departmental and volunteer firefighter, and as a brigade officer. She was the twelfth female overall in Australia to receive the prestigious medal and the first female firefighter in the ACT. 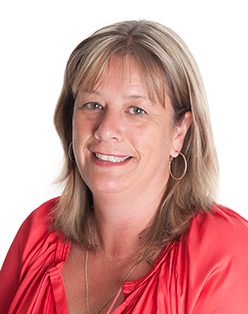 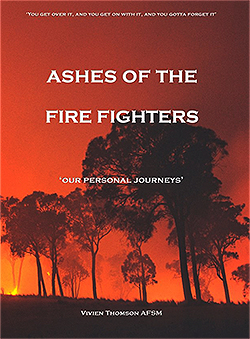 Ashes of the Firefighters

Ashes of the Firefighters is a book that documents the journey of nine people after experiencing a major bushfire. 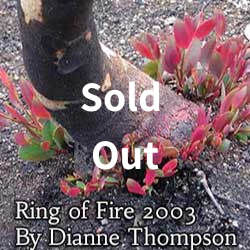 Dianne Thompson has produced a book of extraordinary images. Her photographs are more than a historical record.

Purchase both books together. ‘Ashes of the Firefighters’, and “Ring of Fire” are about how people and mother nature survive bushfires. 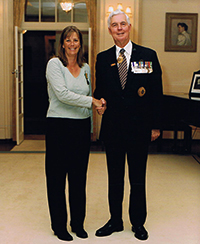 Former Governor General Michael Jeffery presenting Vivien Thomson with her Australian Fire Service medal (AFSM). The medal was awarded for distinguished service to the Australian Capital Territory Rural Fire Service, as both a departmental and volunteer firefighter, and as a brigade officer.

‘I heard a quote the other day that to me summed up January 2003’, “fire is a harsh teacher, “It gives the test first and the lesson afterwards”.

‘The fire took 10 days to build and 10 years to recover and some may never recover’.

‘It manifests itself in a way where you need to talk about your experiences and in the end the only ones that understand are the ones that were there going through it with you’.

‘You find at times firefighters don’t like to talk about what they witnessed as it is too traumatic. When you bring up the memories and the emotion your body and mind go tense, you think your the only one going through it, in fact many others feel the same we just need to share our story more’.